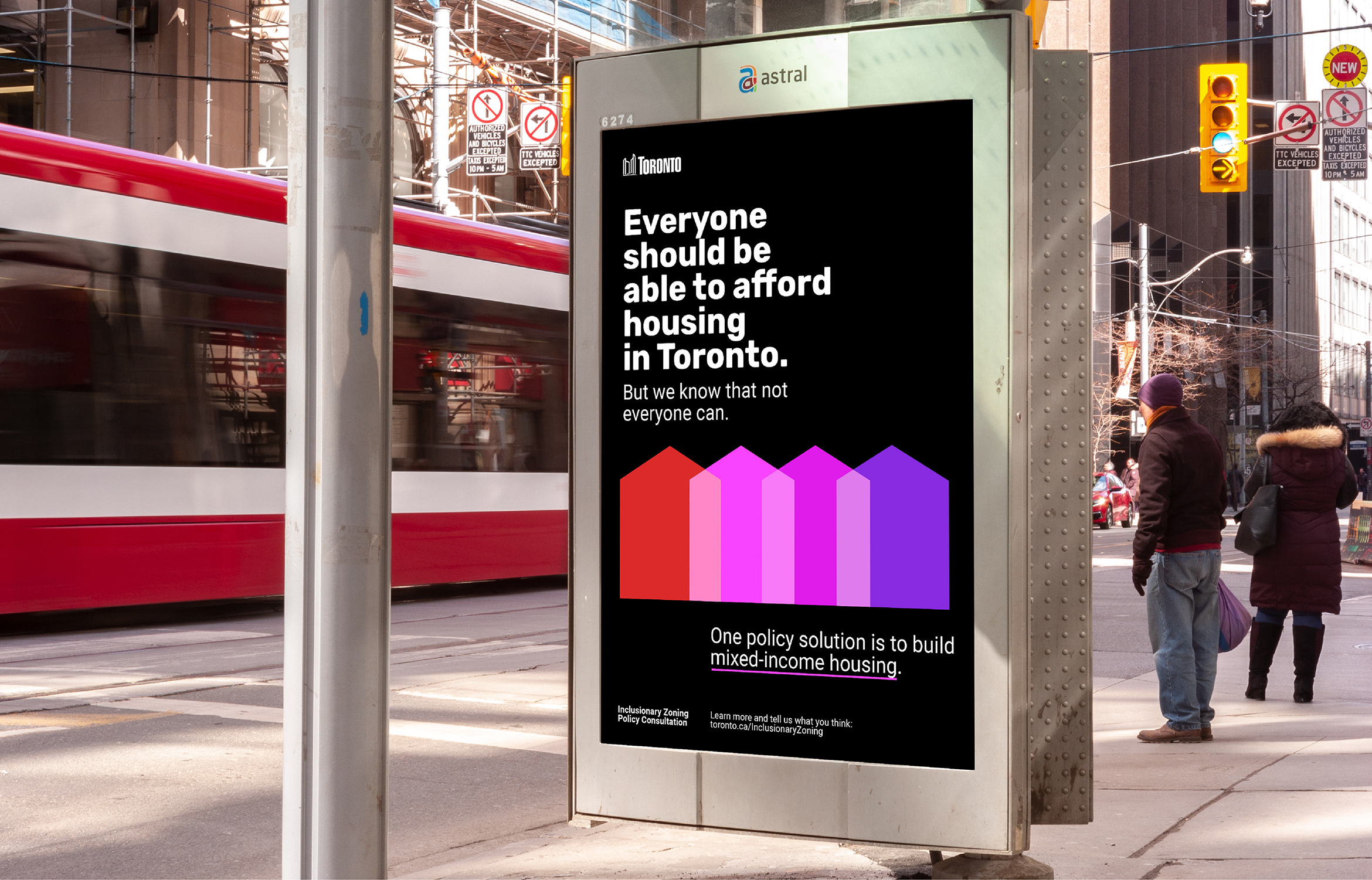 with City of Toronto for housing affordability

In the context of a housing affordability crisis, the City of Toronto is preparing to introduce a policy called Inclusionary Zoning that would require housing developers to designate a percentage of new units as affordable housing. Through a community engagement process, the City is seeking feedback on the draft policy. We designed a campaign to raise public awareness and to encourage city-wide participation in this conversation.

In order to simplify the technical conversation and maximize participation, we designed a recognizable brand and public awareness campaign. While the policy is an important new measure to address the challenges of housing, it is only one piece of the puzzle and has limits to what it can achieve. To position the policy as relevant to a public audience that is concerned about housing, our copywriting embraced transparency, stating for example “Everyone should be able to afford a home in Toronto” and listing a variety of occupations from ‘A’ to ‘Z’. The visual system featured a colourful spectrum of house forms to suggest the concept of “mixed-income housing” and a vibrant city made up of neighbours with a diversity of incomes.

The campaign included a landing page on the City of Toronto website, social media posts, ads on transit shelters, postcards, speaker events, and an engagement toolkit. It attracted interest, support, and feedback on the proposed policy, while supporting consensus-building among potentially divisive stakeholders.