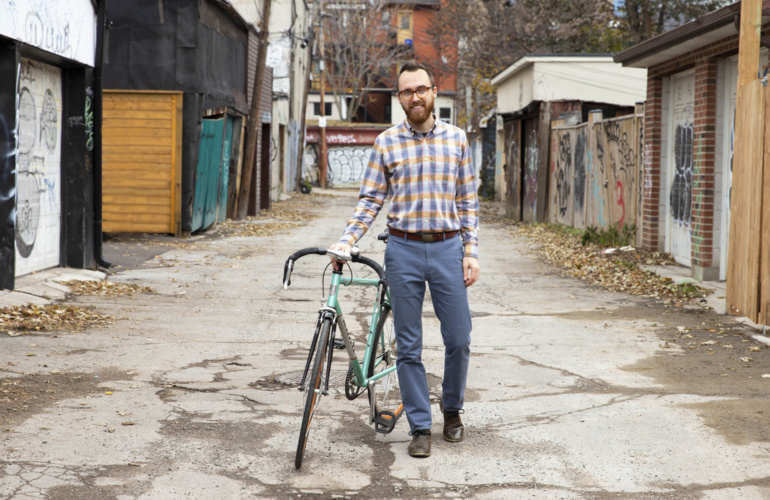 Jay is a designer and strategist dedicated to social change. Since founding RallyRally in 2011, Jay has led the creation of brand identities, publications, websites and campaigns with purpose-driven organizations such as UNICEF, Evergreen, McConnell Foundation, and the City of Toronto.

Jay’s work has been recognized by Adbusters, Spacing, Landscape Architecture Magazine, Adobe, the Canadian Institute of Planners, and earned three So(cial) Good Design Awards. In 2015 he was selected by Next City as a Vanguard fellow for urban leadership. He mentors emerging design activists and leads workshops on the role of inclusive communications to promote participation in building more equitable cities. Jay is a certified member of RGD (Association of Registered Graphic Designers) and was named the national winner of the 2020 RGD UltraBold Awards, celebrating designers who are making a positive impact in the design community and beyond.

Jay grew up in the woods of northern Ontario before moving to Toronto for design school at York University and Sheridan College. He eventually fell in love with the big city, where he loves biking through laneways with his kid and imagining the possibilities.